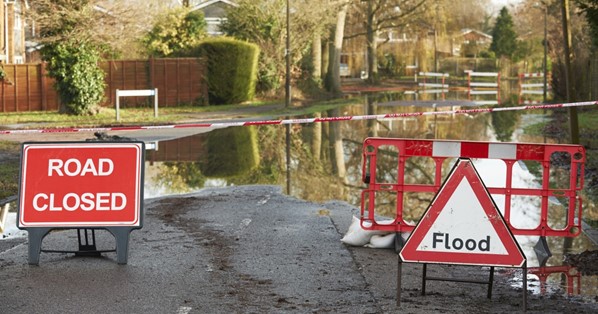 Storm Ciara, the first major weather event of the year passed through the UK in just two days. We saw trains, flights and even sporting fixtures cancelled and debris swirled around the sky. Then hot on Ciara’s heels came Dennis, although less severe it added to the woes of so many affected communities.

But the storms may have left longer-term impacts than were immediately apparent.

Whilst fences were destroyed, trees were turned into fire-logs, garden furniture upturned and a trampoline was even spotted on a roof - immediately after a storm, it’s important to consider the less obvious impacts the storm may have had.

As 70 mile per hour gusts of wind whirled around your property, the storms may have dislodged tiles or weakened the fixings.

The risks are two-fold.

Firstly, the home may not be adequately protected in the event of heavy and sustained rainfall. But a loose tile can harm a passer-by if they are unfortunate enough to be passing when a tile slides off the roof.

As the wind and rain battered properties, the gutters could also have been damaged. Whilst not immediately obvious, if a gutter has been dislodged, you may find that water doesn’t immediately drain away; and rainwater which runs off down the side of the house – as opposed through the gutters – can eventually lead to issues with damp.

Even if you were fortunate enough not to have a fence or gate taken down, the sustained attack from the storms could have weakened certain structures.

A visual inspection could determine whether a couple of nails and securing a post prevents the fence becoming a victim during the next storm.

Even if a tree hasn’t fallen, doesn’t mean it hasn’t been weakened and carries the risk of causing more harm. Mature trees in particular are liable to damage, and the signs to look out for include cracks in the stem and branches which have been snapped. Also look out to see if the tree is leaning, or if roots have partially uprooted.

It goes without saying, that if you have an empty property, then it’s vital that you do a visual inspection as soon as you can. Although many landlord insurance policies cover you during voids of anything up to 90 days, you should check any homes which don’t have a tenant in place to check nothing serious has happened.