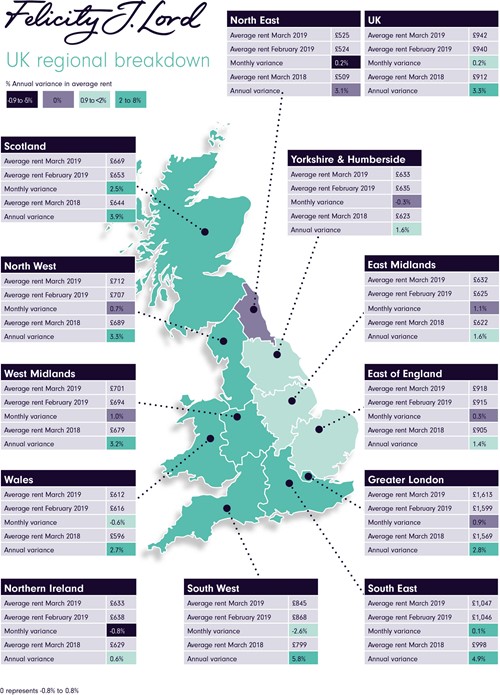 It appears that a reduction in supply against a backdrop of increased demand could be impacting rental prices. Rents have risen in all regions, and all but four regions have seen rents increase at a higher rate than inflation. Meanwhile uncertainty in the market appears to be impacting the sales market, as growth in the average value of homes has continued to stall.  This is good news for landlords who are looking to invest over the long-term as property remains a solid investment. However, it seems that right now is a buyers’ market which is not so great for landlords who are looking sell one of their properties.