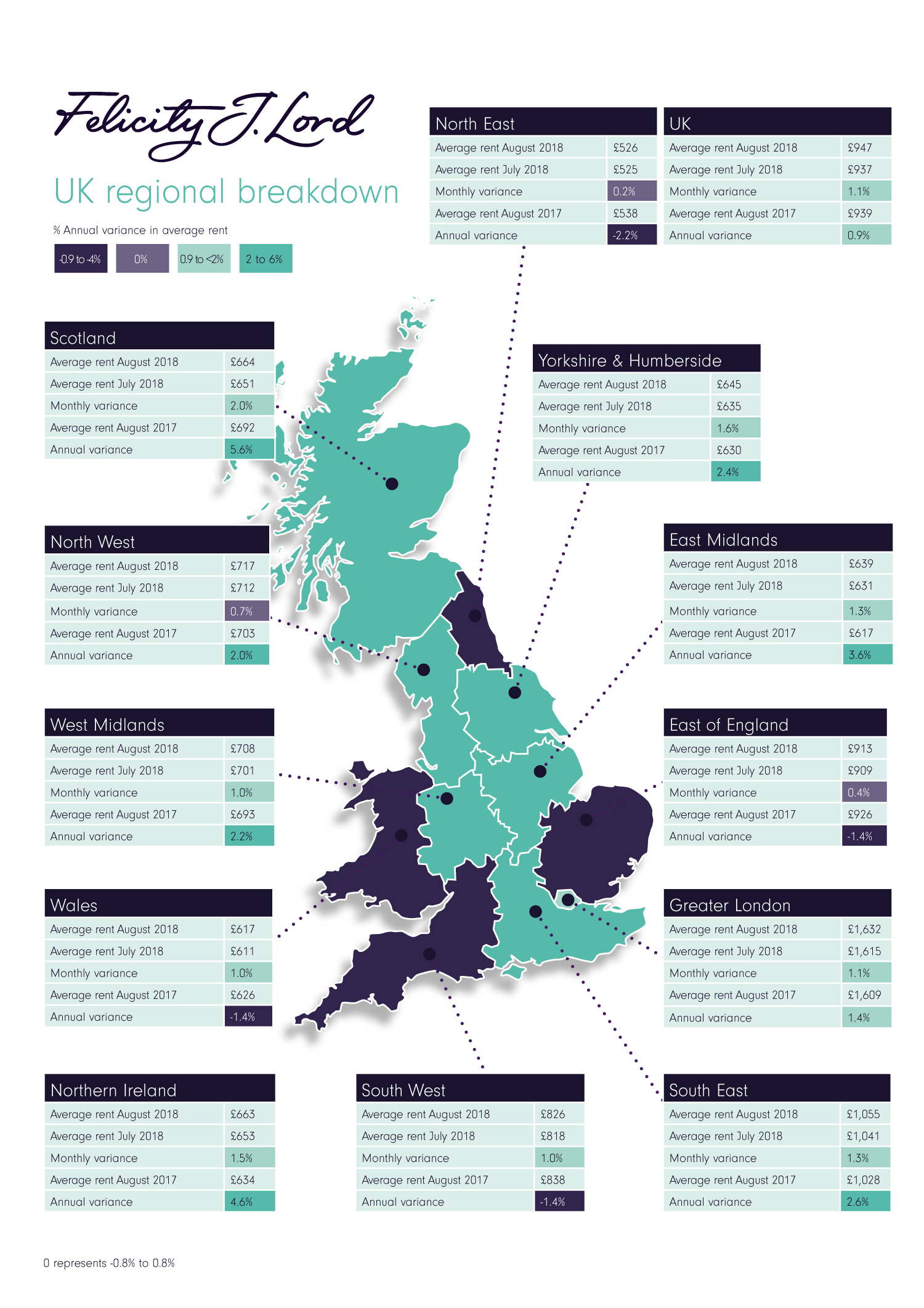 The pace of rental price growth in the private rental sector continues to slow, helping to ensure rents remain affordable. Scotland and Northern Ireland have seen the highest growth in rental values at 5.6% and 4.6% respectively. Meanwhile Wales, the South West and the East of England all saw rental price falls of 1.4% and the cheapest region in the UK – the North East saw falls of 2.2%.

Meanwhile data from the ONS reveals that house prices are following the same pattern, again growth – albeit slowing – is positive. These latest statistics continue to point to an encouraging position for landlords, particularly those looking for their rental property as a longterm investment.